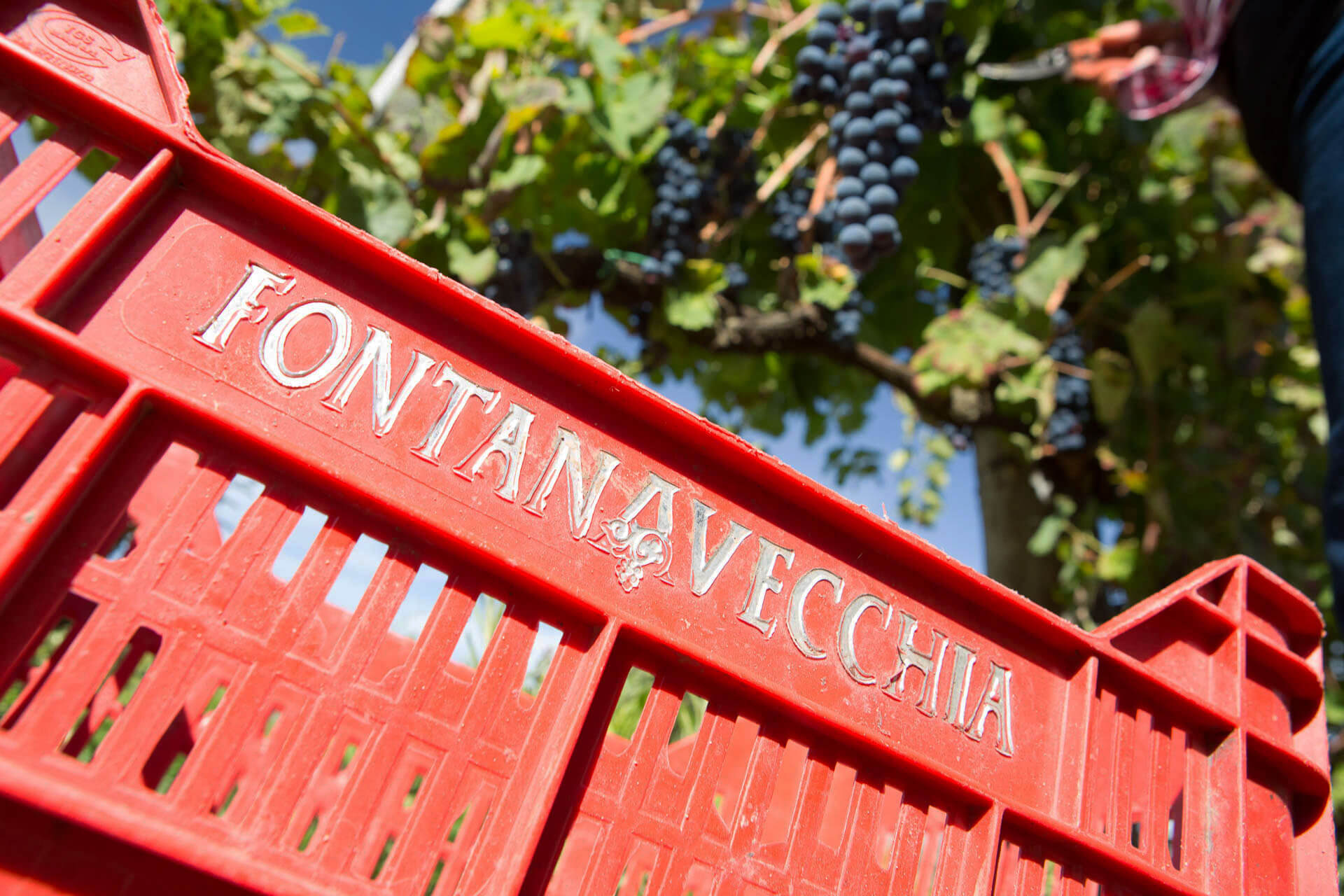 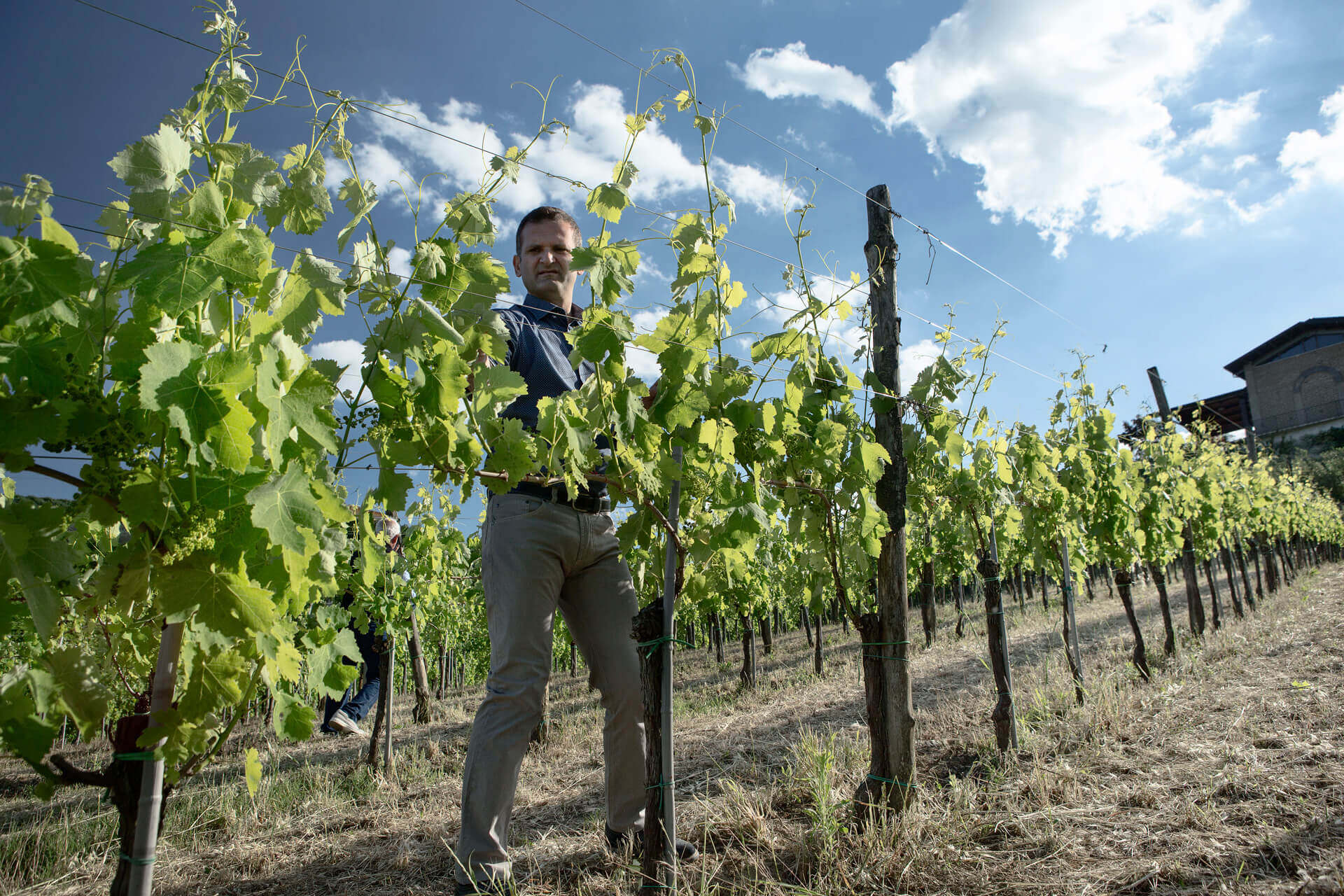 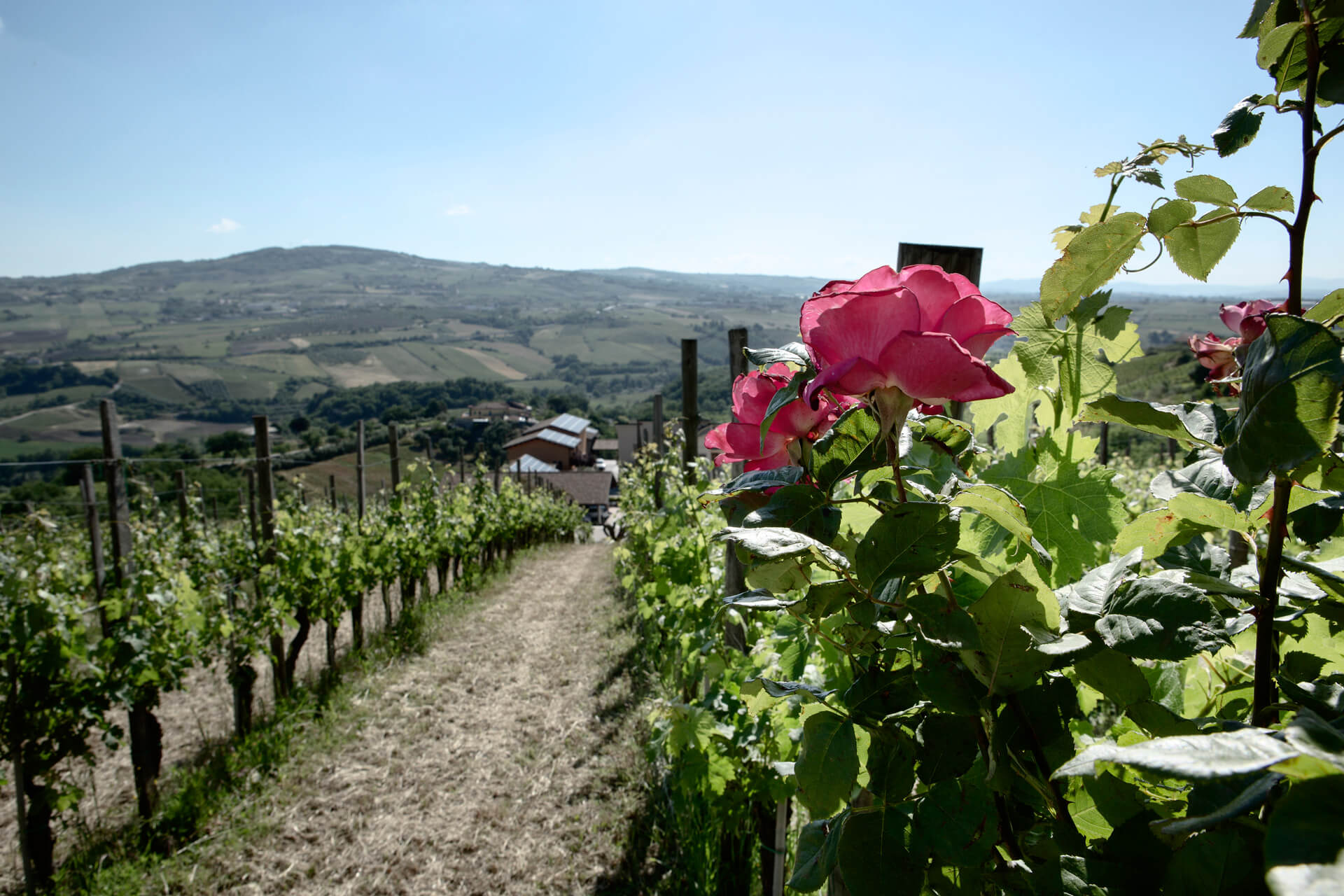 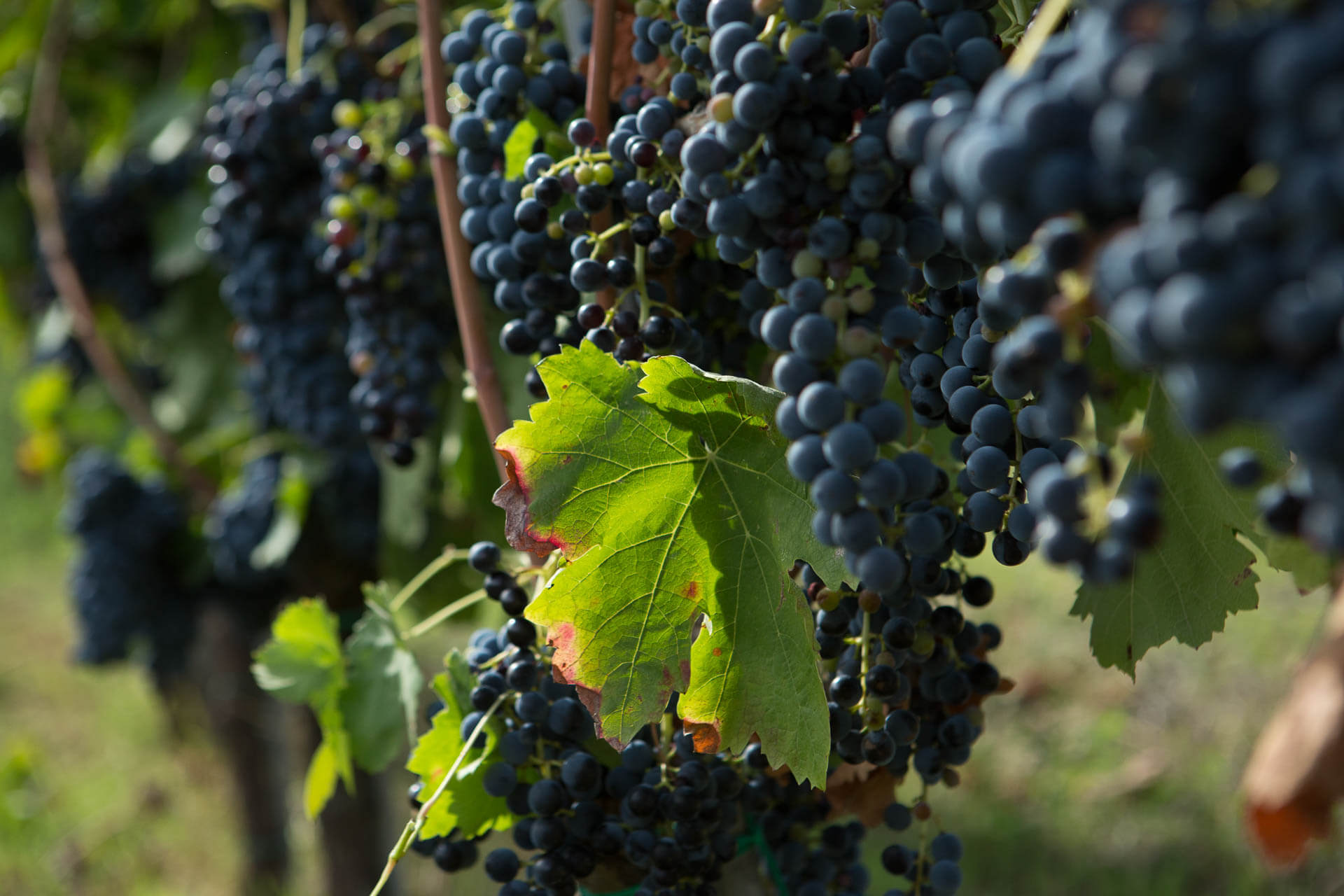 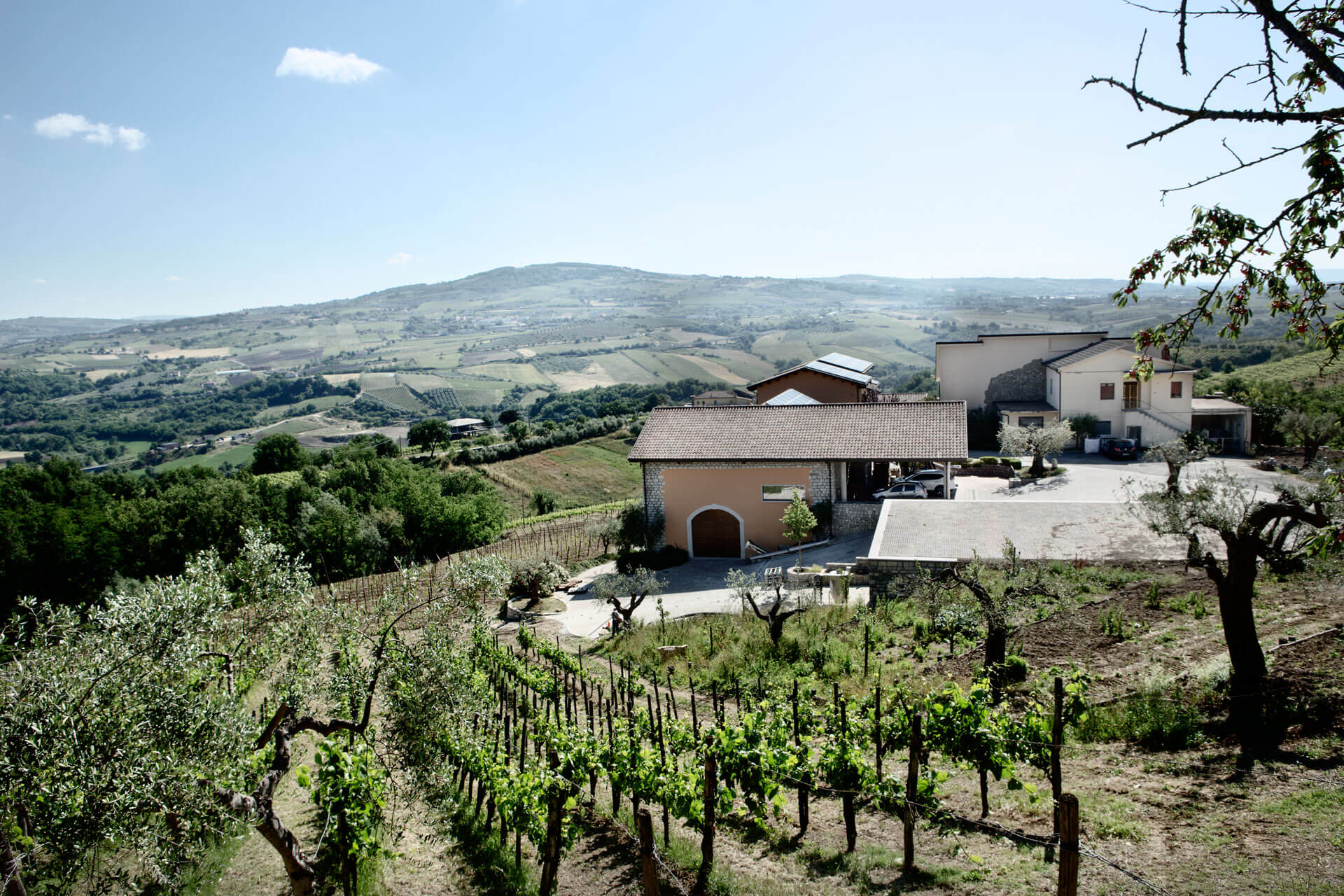 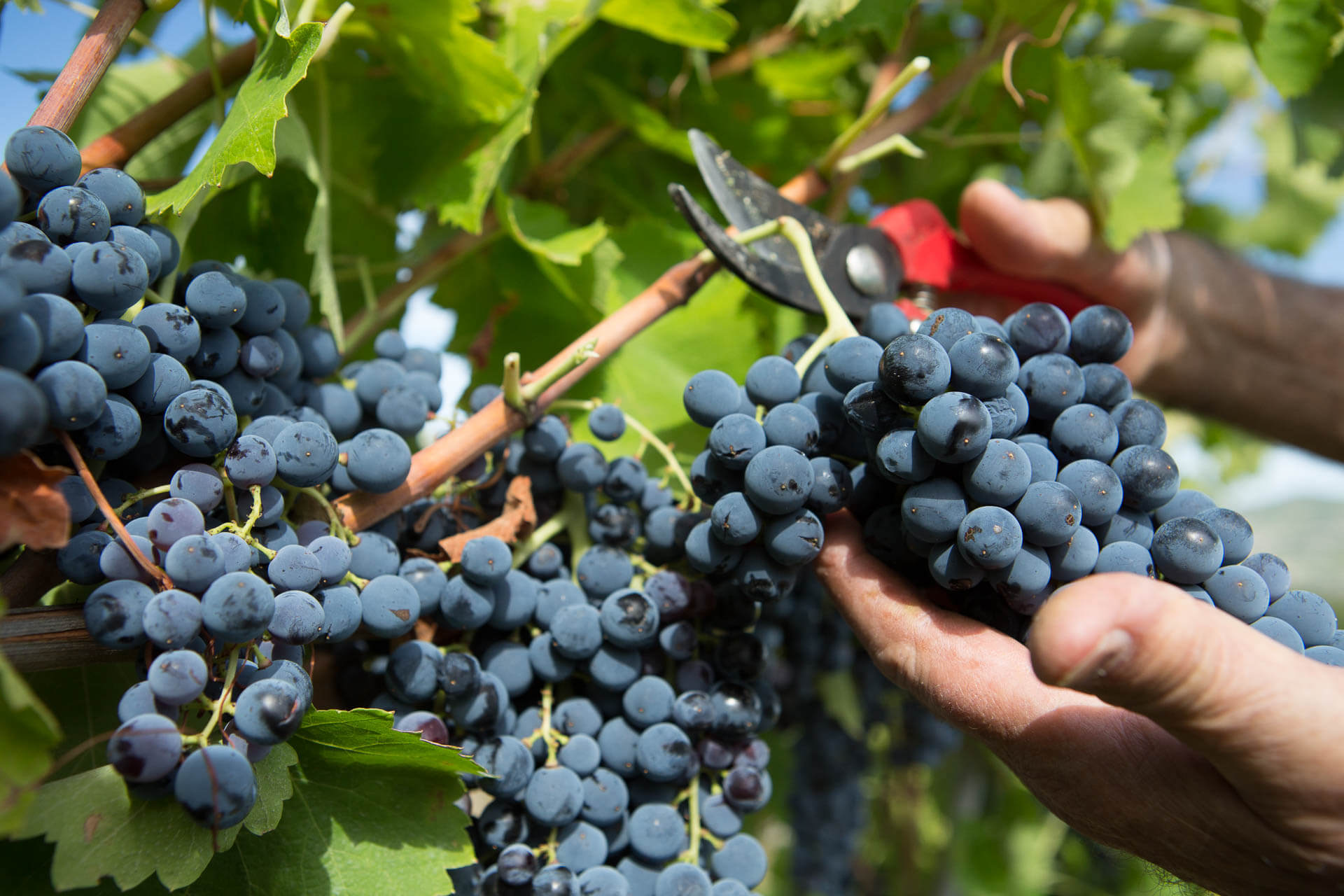 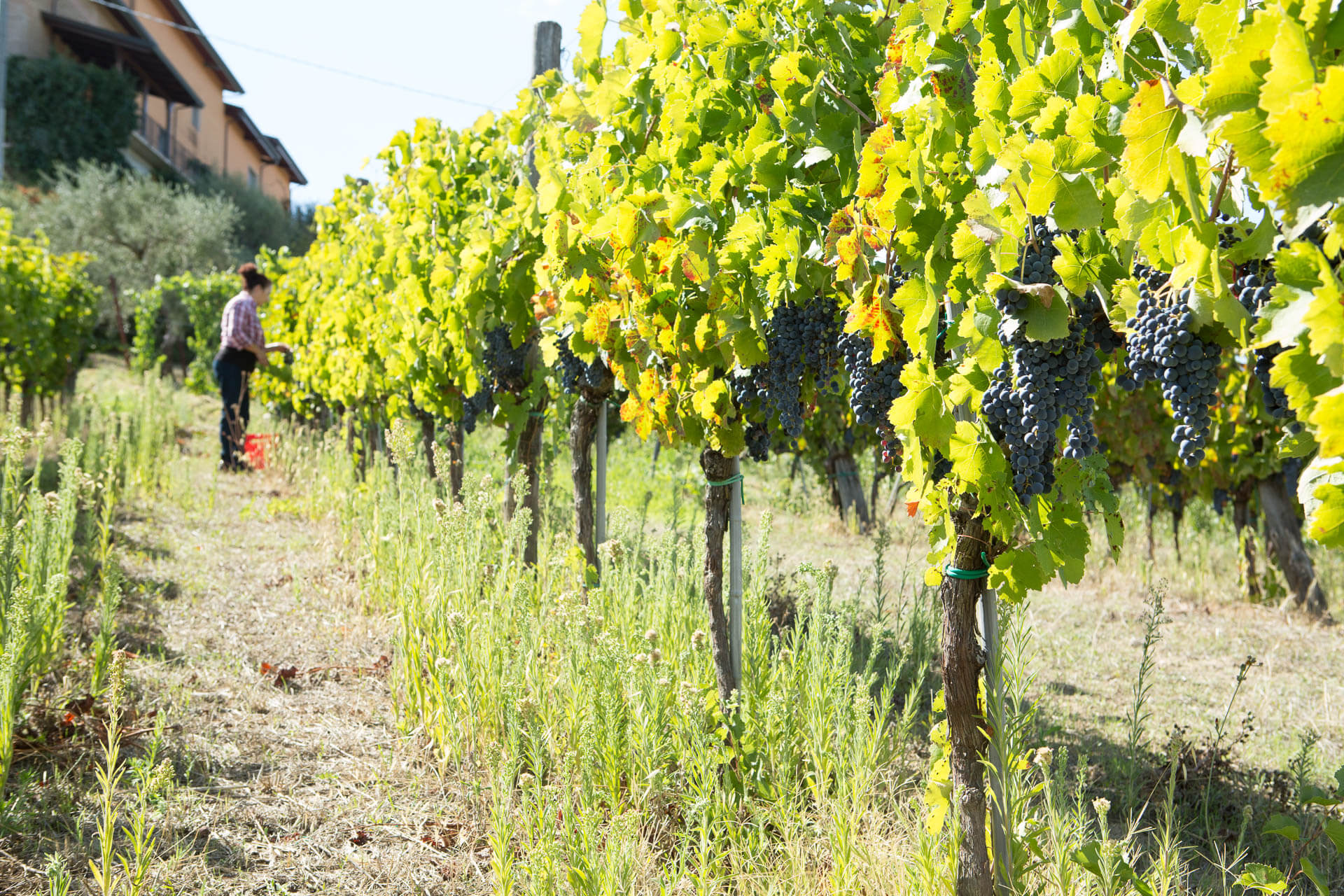 Aglianico is the the variety of black grapes most widespread in the Benevento area. It ideally represents the wine making history of the Samnium, because it has been grown for centuries in the most suitable areas of the province and adapts perfectly to different hilly environments. The age-old cultivation of the variety has favoured the Aglianico Amaro biotype, used for some of the most successful and prestigious Samnium wines, most importantly the Aglianico del Taburno D.O.C.G. in the varieties red, rosé (the only italian rosé D.O.C.G.) and riserva, produced in 13 Samnium municipalities. Apart from the Taburno area the Aglianico is the predominant vine variety in some enological productions of highest esteem, notably the Sannio D.O.C. in the subarea Sant'Agata dei Goti, Solopaca and Guardiolo. It is a robust vine, of fairly good bud fertility and abundant production. It adapts well to espalier training and to various grafting. It can manifest cases of millerandage, but has good resistance against Botrytis, less so against powdery mildew. The levels of sugar and acid of the must are elevated, the harvest is carried out between the first and last third of october. The sensory profile of a wine derived from Aglianico grapes comprises an intense and lively ruby red, leaning towards garnet red with maturation. The fragrance is refined and complex, with fruity notes of blackberry and prune, flowery notes of violet and spices like liquorice, cloves and black pepper. The taste is dry, tannic and of good structure and persistence. It is an important wine that goes well with hearty dishes, with red meat and ripe cheese, but which also stands alone as a excellent wine of meditation.

Piedirosso is a black grape variety exclusive to the Campania region and not grown elsewhere. The name Piedirosso ("red feet") derives from a peculiarity of the vine, namely the colour of the pedicel of the grapes, which reminds of of pigeons' red feet. This vine has very ancient origins: The scolar Carlucci sustains that it is identical to the Palombina nera vine cited by Herrera-Sederini (in the XVI century), which itself is thought to go back to the Colombina vine described by Pliny the Elder in his "Naturalis Historia" (I century). Wines derived from Piedirosso grapes have a lower concentration of polyphenols than those from Aglianico. Its tannins are less aggressive and its acidity is lower than that derived from Aglianico grapes. As a consequence wines from Piedirosso grapes usually are less tannic, less structured, softer and more balanced, and characterized by fragrances of red fruits. If only Piedirosso vines are used it gives rise to the homonymous single varietal wines of D.O. Sannio and of the subareas Taburno, Sant'Agata dei Goti, Solopaca, and Guardiolo. The vine shows medium bud fertility and production, is grown spread out and high rising and adapts well to espalier training. It is fairly resistant to millerandage and Botrytis. Maturation is reached in the first or second third of october. The level of sugar of the must is quite high, while acidity is average. The sensory profile of a wine derived from Piedirosso grapes comprises an intense ruby red with violet glints. The fragrance is refined, with fruity notes of raspberry and cherry, flowery notes of roses and geranium. The taste is dry, slightly tannic and of good intensity. It is a pleasant wine with modest alcoholic strength that goes well with pasta dishes in tomato or bolognese sauce, with red meat, vegetable soup and legumes, cold meats and moderatly ripe cheese. 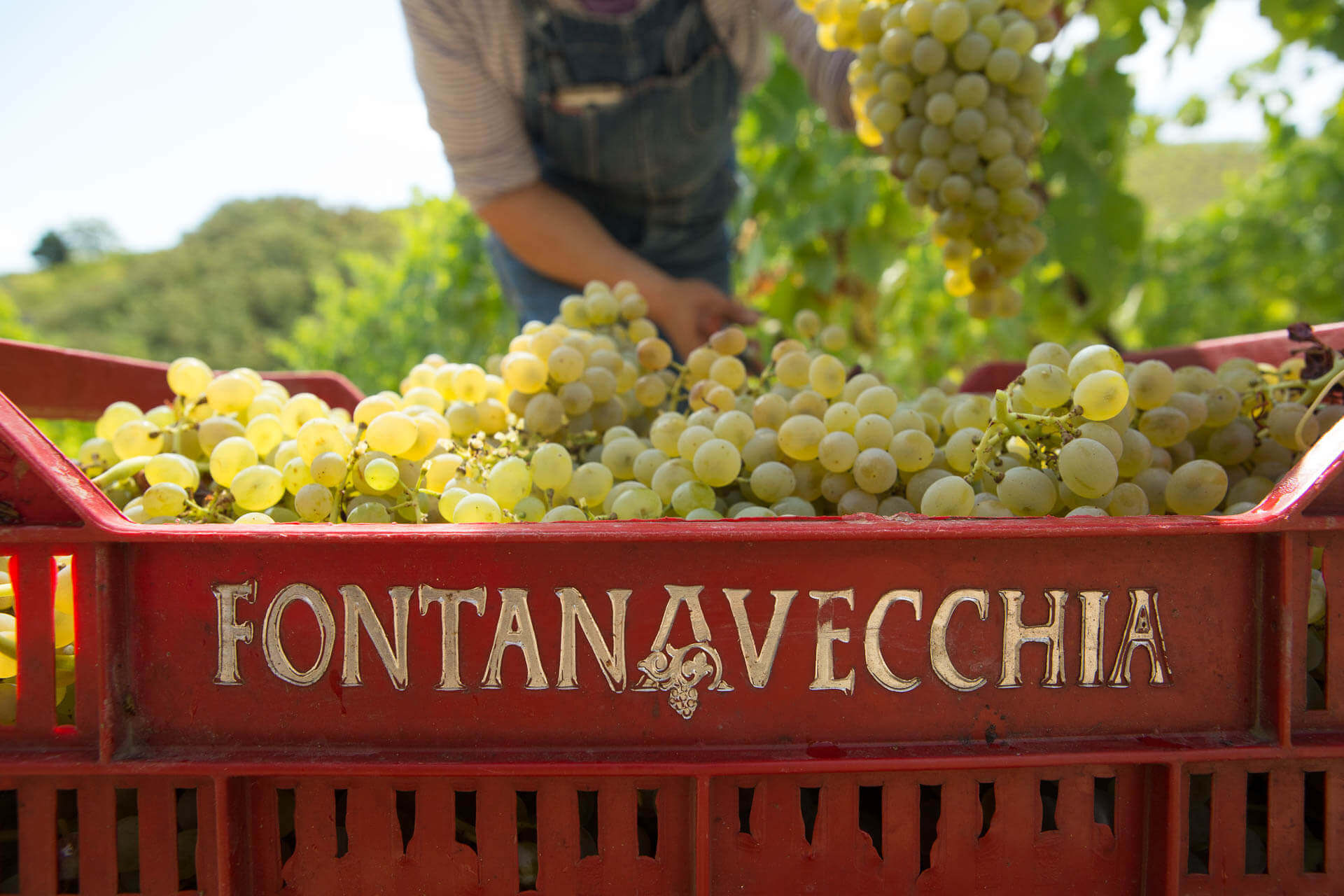 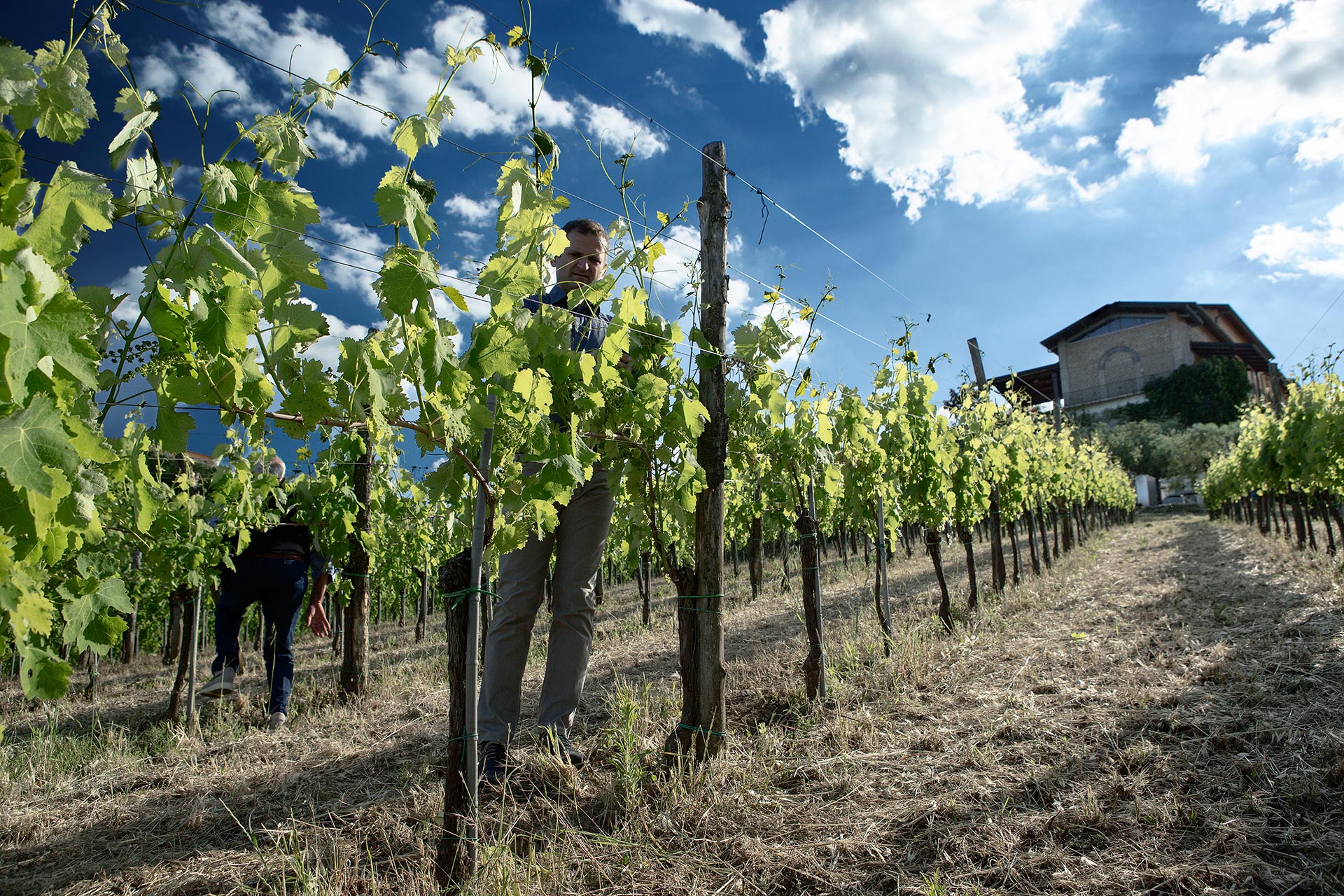 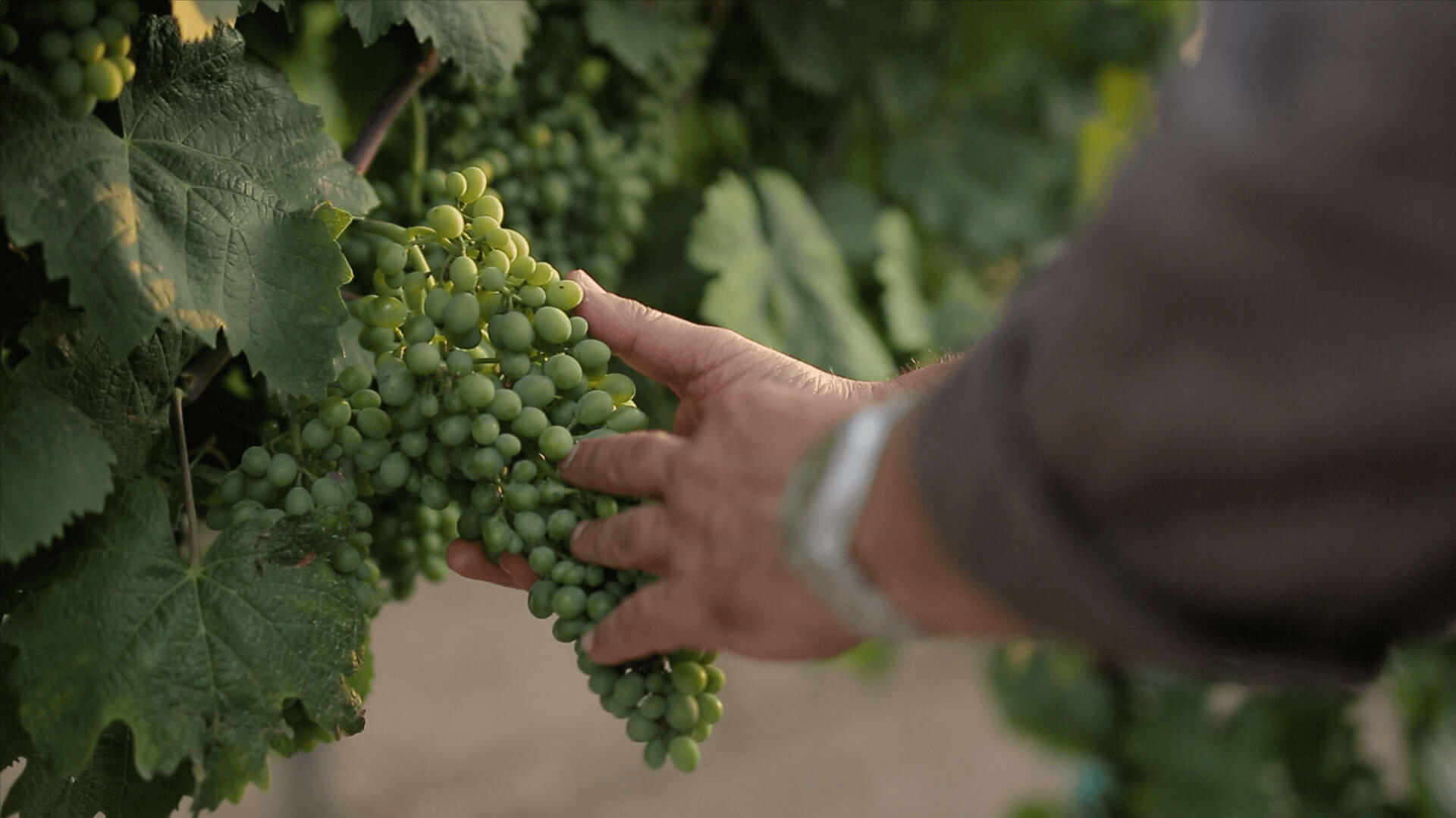 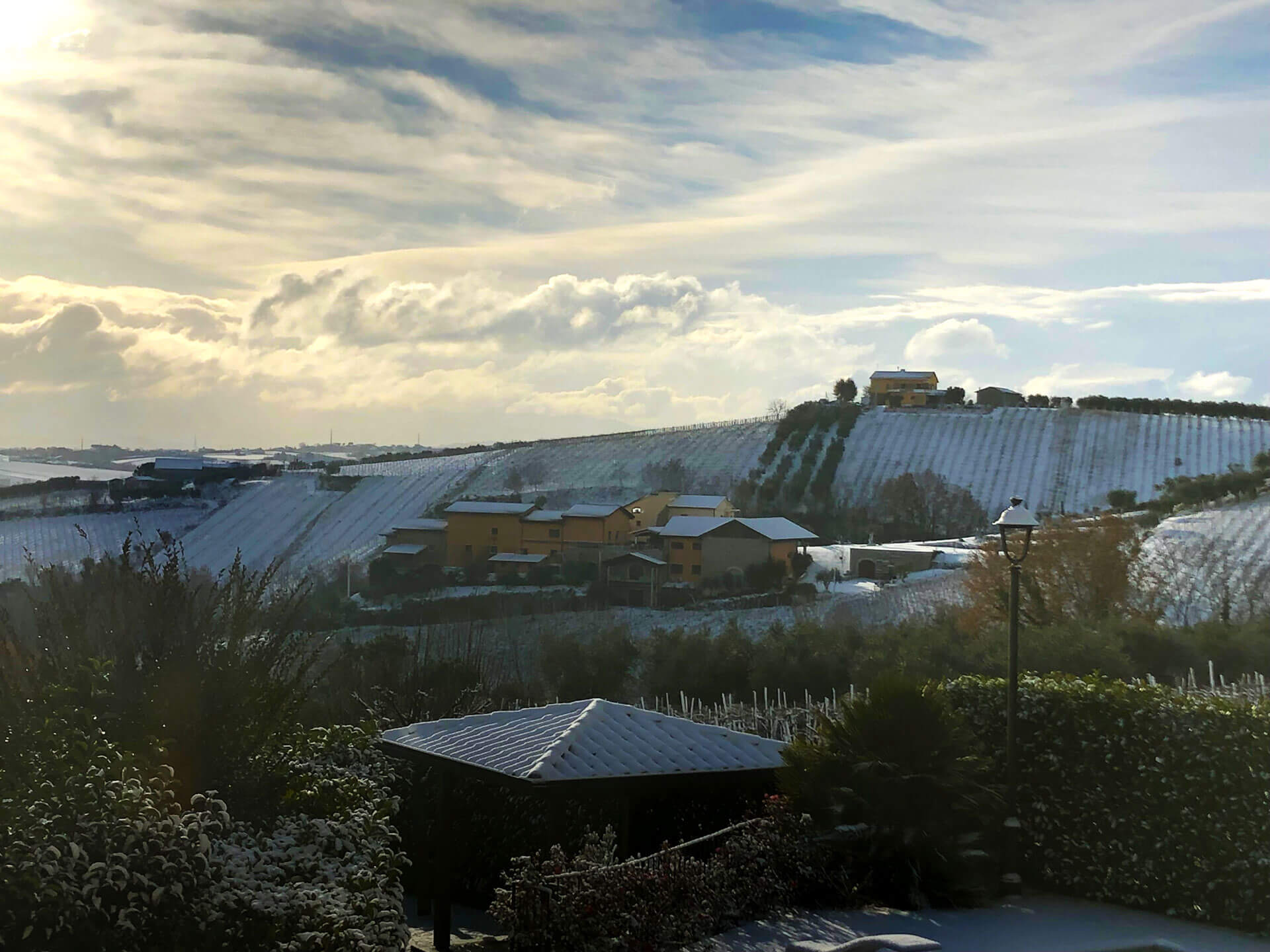 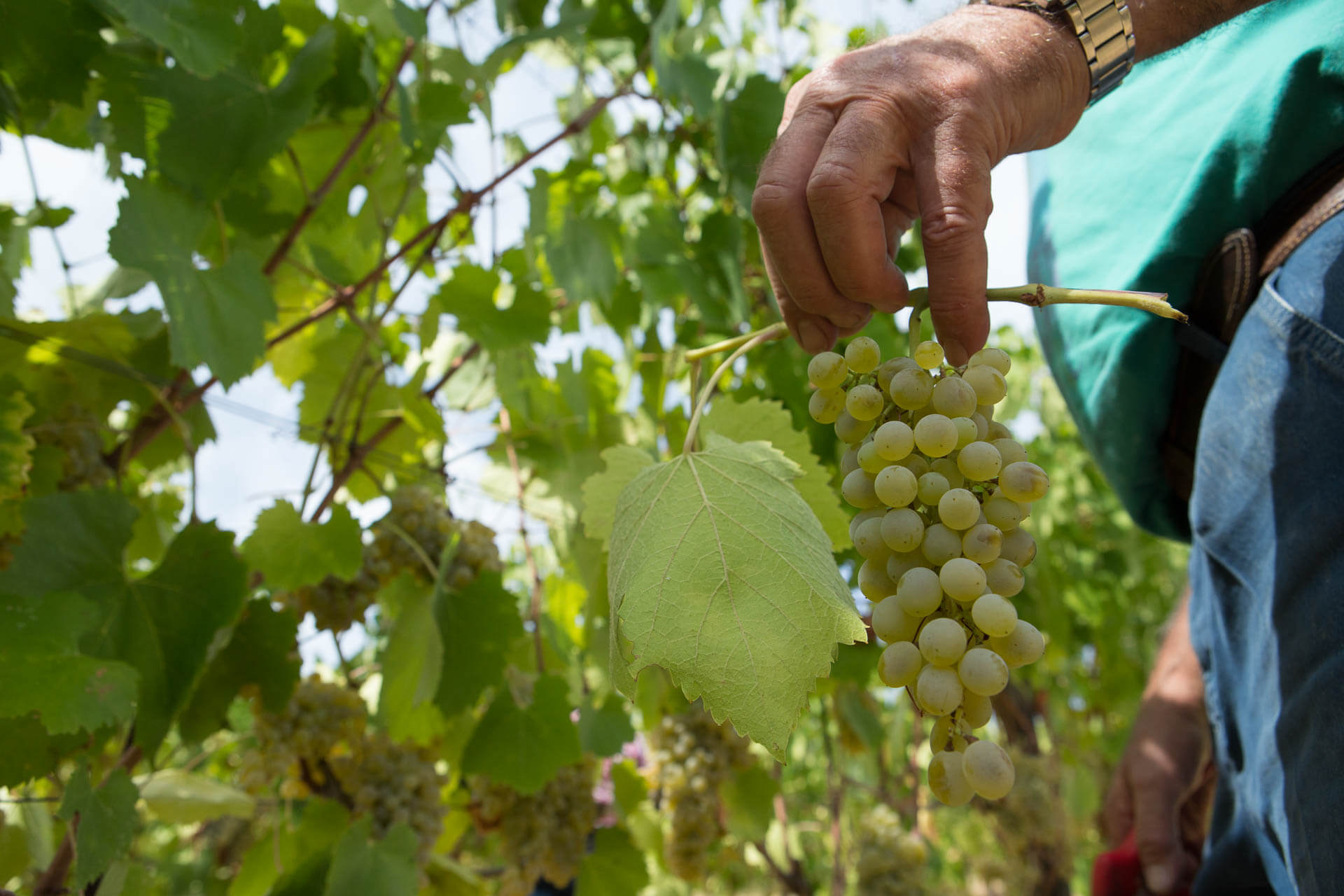 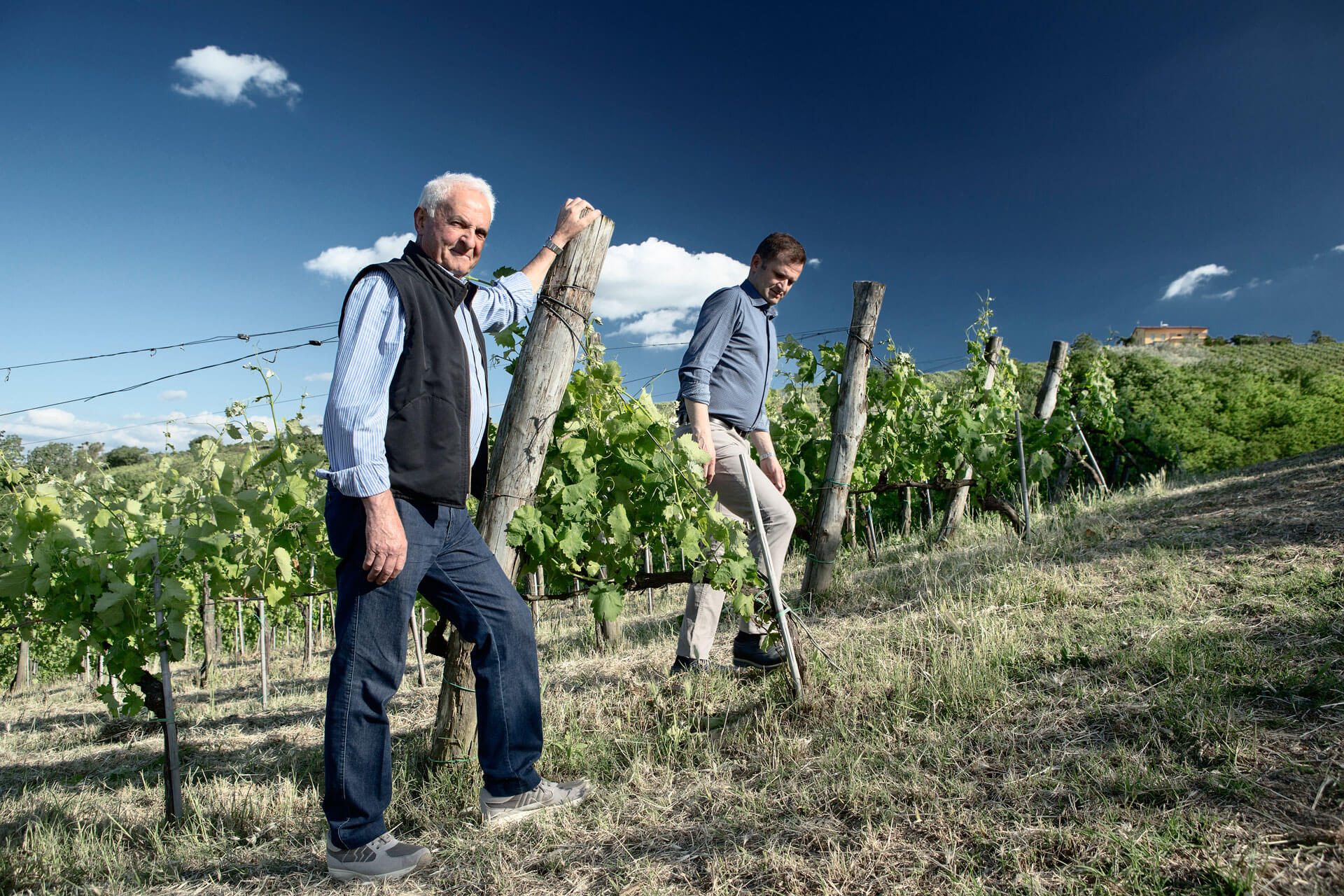 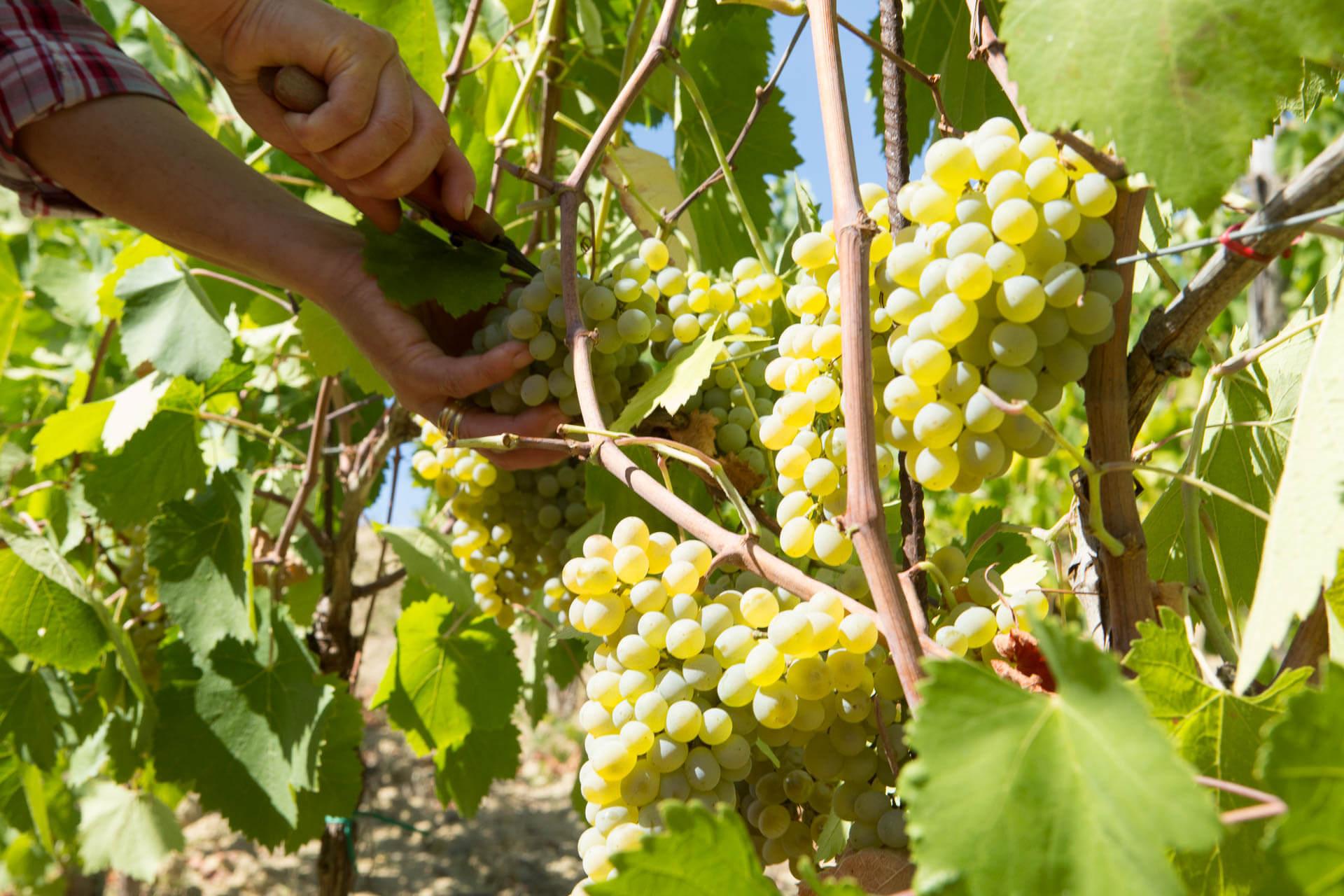 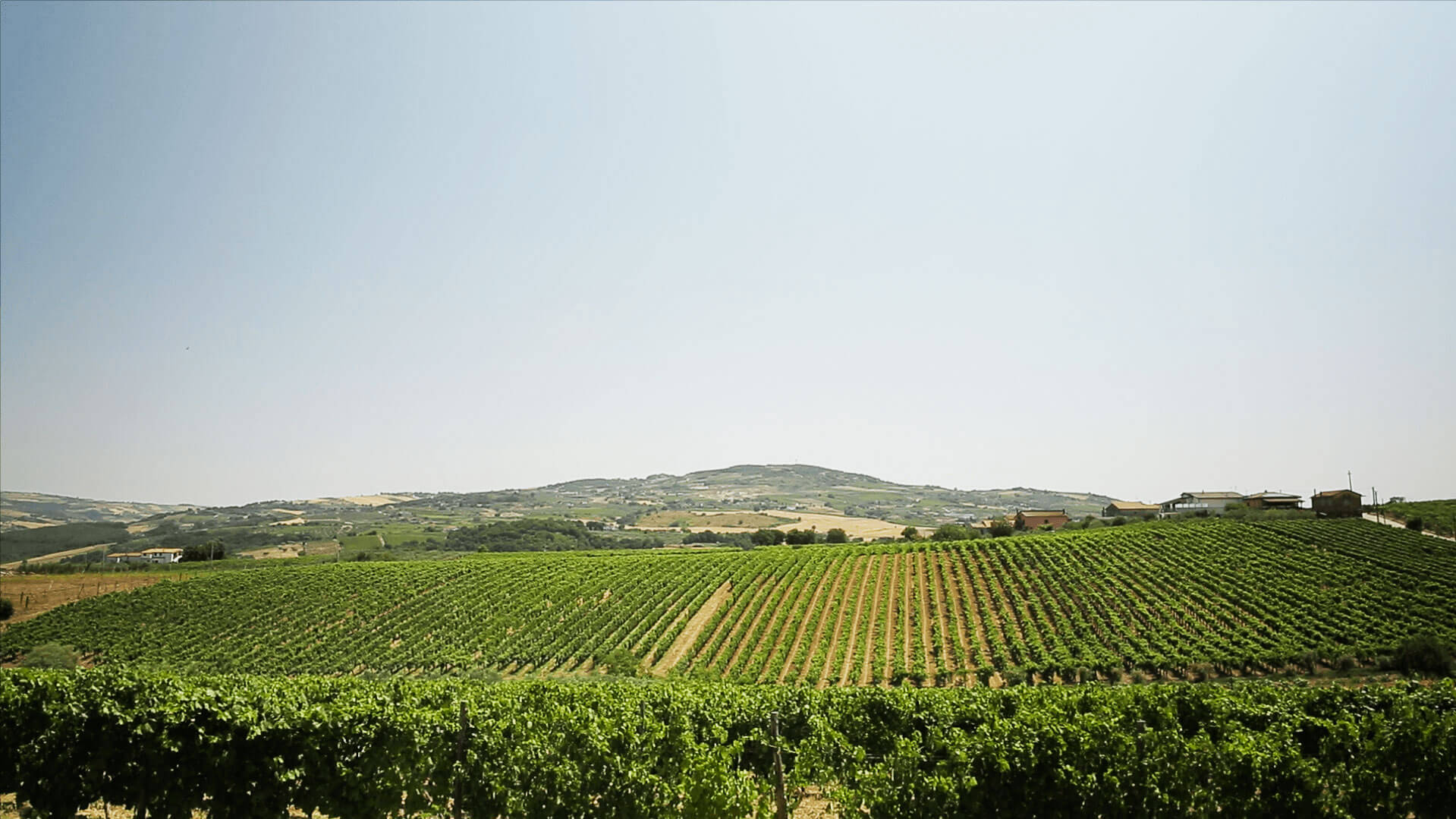 This vine of white grapes has a century-old history and is classified as one of the roots of the superior D.O. wines of the Samnium. It derives its name from the word "falanga" ("phalanx"), a pole that is used to support the base of the vines. This technique also marks the border between Greek and Roman viniculture (as described by Murolo). Its rediscovery and subsequent diffusion in the Benevento province began in the seventies in the area of Sant'Agata dei Goti. One of the most remarkable qualities of this grape is the fact that independently from where it is grown the resulting wines maintain the organoleptic characteristics. Another reason for its success is that it is fairly expressive and adapts well to the production of sparkling wines and sweet raisin wines. Thus the Falanghina represents the pivotal grape vine of the D.O.C. Falanghina of the Samnium, also in the subareas of Taburno, Sant'Agata dei Goti, Solopaca and Guardiolo, and of the varieties still wine, late harvest, sparkling wine and straw wine. The vine has small to medium size wedge-shaped leaves; long dense bunches of grapes of average size, cylindrical or conical shape and short wing; medium size round and regular grapes; a thick and solid skin of gray to yellowish colour with good pruinosity. The fertility is good with average and stable productivity; maturation is reached during the second half of September. The Falanghina vine adapts to different soil types, also to fertile ones, but the quality is enhanced in hilly areas, with a preference for warm and dry climates. It benefits notably from vertical training, in particular the Guyot form. It is fairly resistant to millerandage and Botrytis but quite sensitive to Peronospora mildew, especially on the leaves. The sensory profile of the wine derived from Falanghina grapes comprises a straw-coloured yellow with golden reflections. The fragrance is refined, very intense and sustained, with notes of apple and exotic fruits standing out, and flowery notes of broom and hawthorne. The taste is pleasant and of fresh acidity and adapts well to pasta with seafood or rice dishes in light sauce, to vegetable soup, poultry or fresh cheese. The sparkling version goes well with rice dishes and during the whole meal, the straw wine to accompany dessert based on yeast dough, with light pudding, and with tarts of yellow fruit. The Falanghina today is one of the most widespread white grape varieties in Campania, authorized for and present in almost all of the D.O. and IGP wines of the area, and beyond. It covers around 3,000 hectars of the region (15% of the whole Campania area) and is present in all five provinces, with 2261 hectars in Benevento (circa 80% of the wine area in Campania dedicated to Falanghina vines). Significant is the increase of the Falanghina area in recent years, proof of the rising success of this versatile cultivar following the tendencies of national and international markets with growing demand of this typology of wine: In the last three years 1,540 applications for 1,659 hectars have been filed (more than 50% of the applications and therefore of the surface, with respect to the province of Benevento).

The name Greco refers to several varieties present in the southern regions, characterized by diverse toponyms and synonyms. Because it usually has double bunches of grapes, Carlucci speculates that the vine derives from the group of "Aminea Gemella", vines that have been introduced to Campania by Greek settlers 2,000 years ago, cultivated by Romans and described by Cato, Varro, Virgil, Columella and Piny the Elder. Together with Fiano and Falanghina they represent the most important and widespread white grape vines within the Campania tradition. The major D.O.C. wine in the Benevento is the D.O.C. Sannio, which comprises also the subareas of Taburno, Sant’Agata dei Goti, Guardiolo, and Solopaca. It is a vigorous vine with clustered vegetation. It shows low fertility of the buds and a moderate production, with medium-late maturation in the traditional areas of cultivation. The sugar content is high and total acidity is elevated in the various areas of cultivation. During the harvest it shows higher susceptibility to Botrytis infestation. The production quantity is quite restrained and steady, especially if espalier trained. The sensory profile of the Greco wine is characterized by a straw-coloured lively yellow. The fragrance is flowery, with hints of white peach, apricot, exotic fruits, anise, and bitter almond. The taste is dry, fresh, rather mellow; mineral and with good acidity, fairly full-bodied and balanced, pleasant. Traditionally served with freshwater and saltwater fish, and rice dishes.

It seems that the Fiano vines have been present in Campania since ancient times, underscored by numerous studies and the flourishing of various speculations about the etymology of its name. Some authors have sustained that the word "Fiano" derives from the ancient grape variety "apiane", cited by Columella and Pliny; Murolo holds that the word relates to the Greek region "Apia", the ancient name for the Peloponnese region and origin of pelasgian settlers that colonized the south of Italy. In recent years the Fiano has been appreciated and spread in the Samnium region, where it contributes to the varieties that constitue the D.O.C. wines of the Samnium that differ in the production of the 4 subareas Taburno, Sant’Agata dei Goti, Guardiolo, and Solopaca. The Fiano wine is one of the few Italian wines worth storing for ageing. Vine of great strength, that adapts well to restrained training if grafted onto weakly developed rootstock. It shows a good fertility of the buds and a moderate production, due to the light weight of the bunch. It adapts to lean soil, prefers hilly areas and warm and dry climate. The most widely-used cultivation method is Guyot-type vertical training. Because of the thick skin of the grapes it has a good resistance against Botrytis, even though the harvest period is quite late: in the first half of october, in warmer regions also at the end of september. Fully ripened it can reach a high degree of sugar and of total acidity. The sensory profile of wine from Fiano grapes is characterized by a straw-coloured faint yellow. The fragrance is flowery, persistent, with hints of white peach, exotic fruit, and hazelnut. The taste reveals a well structured wine with good acidity, that is traditionally served with seafood and shellfish, poultry and rice dishes, and vegetables.